It seems like it never ends. As if the supply chain disruptions commencing with the U.S.- China trade war and then exacerbated with the covid era and its attendant lockdowns (Omicron), followed by China’s own power shortages and then its own crippling covid lockdowns, were simply challenge enough for business firms to navigate—there is now the Russian invasion and the war in Ukraine to pile onto the long list of risks and challenges that must be overcome.

As we move into the 1st and 2nd Quarters of 2022, many of our members are seeing the decentralizing of supply chains from China (to diminish unhealthy dependencies), especially regarding the manufacturing sector, and we fully expect that will continue to be a priority for our DEC members and other SMEs and MMEs, as well as a central point in the redefinition of the geopolitical alliances

For the past couple of years, the NADEC, through its various conferences and programs has been encouraging DEC companies throughout the country to look closely at the risks of continuing to operate with supply chains dependent upon China. These risks have been magnified during the covid pandemic. Mitigating these supply chain risks has been an important part of the NADEC’s own Southbound Trade Initiative.

As some of you have no doubt noticed, the business and trade milieu that U.S. firms face when attempting to export or operate abroad has now shifted dramatically. Reports of inflation, supply chain jam-ups, a frustration over financing delays mixed with new Federal programs are all too common. Moreover, in certain markets, particularly where Chinese SOE’s are involved, it is a challenge to get all the pieces together in a timely fashion so as to even be competitive.

RCEP: No Need to Panic, but it will encourage  new Policy approaches to Trade

The full PDF of this article can be downloaded here: http://davidfday.com/pdf/

(Originally published by the Center for Strategic and International Studies (CSIS) and Pacific Forum. The full article is available for download at https://www.academia.edu/8368422/Indonesias_John_Adams_Moment_ )

There was a moment of time in our own history, when our new democracy peaceably and orderly passed the reins of power from George Washington, at the end of his second term, to John Adams. It had never happened before in history. The “John Adams Moment” firmly established the precedent in the new, American democracy, of a Presidency limited to only 2 terms. That tradition lasted up until the time Franklin Roosevelt and was resumed thereafter by Constitutional Amendment. It was a transition moment when the country broke away peacefully from a military/civilian leader. 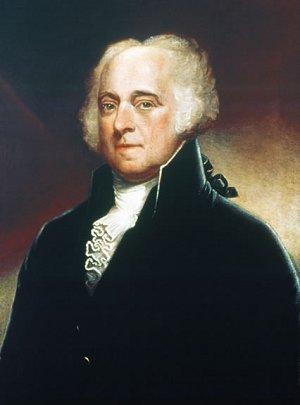 Our own “John Adams Moment” set the tone and the tradition for generations that followed. Indonesia, following its recent divisive election, is at a similar, “John Adams Moment” in the strengthening of its own new democracy. President Susilo Bambang Yudhoyono  (SBY),  a military/civilian leader, will step down after his own 2nd term this coming October, and relinquish power to a new, duly- elected civilian President, Joko Widodo (Jokowi).  This is a historic, critical step in the development of Indonesia’s own, young democratic traditions.

The Indonesian democracy has developed out of the dark, bloody days of rioting and violence in the wake of the collapse of the Thai baht and the Asian Financial crisis in 1997-98…

(Read more by clicking on the link above.)

In the wake of the state funeral for Vietnam’s legendary General Vo Nguyen Giap, we thought it appropriate to share with you some heartbreaker photos taken in August of 1945 in the mountains outside of Hanoi. They are heartbreakers only if you recognize what could have been, instead of the carnage that followed. We do not ascribe blame for the failure to build on this relationship but only want to point out that it did not happen and perhaps, could have.

Toward the end of World War II, the U.S. Office of Special Operations (the OSS), the precursor to the CIA, started doing business with the communist-dominated Viet Minh, led by the ascetic and mysterious globe trotter Ho Chi Minh. The aim was to use the Viet Minh to drive the Japanese out of what had been French Indochina. But events were moving way too fast for coherent American policy to be made.

Read more by downloading the full PDF of this article here: http://davidfday.com/pdf/

Wording of Vietnam’s Declaration of Independence Subject of Communications between Ho Chi Minh and His American Colleagues in the OSS – September 3, 2010

65 years Ago -While Japan surrendered aboard the Battleship Missouri in Tokyo Bay, Vietnam Declared Independence with the words of Thomas Jefferson

Most Americans do not know that it was on this date, as the formal Japanese surrender ceremonies were taking place aboard the battleship Missouri in Tokyo Bay, approximately 4 hours later, that Ho Chi Minh declared Vietnam’s independence from colonial rule. He stepped up to a rostrum in Hanoi’s Ba Dinh Square and, carefully borrowing the key portion of the precise text of Thomas Jefferson, delivered the Declaration of Independence of the Democratic Republic of Vietnam. The English translation of this portion Ho’s exact text is as follows 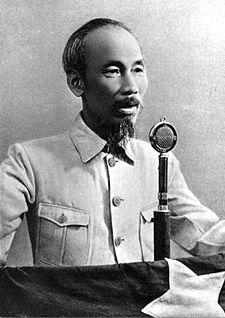 ” ‘All men are created equal. They are endowed by their
Creator with certain inalienable rights, among these are Life,
Liberty, and the pursuit of Happiness….’

This immortal statement was made in the Declaration
of Independence of the United States of America in 1776. In
a broader sense, this means: All the peoples on the earth are
equal from birth, all the peoples have a right to live, to be
happy and free.” (–President Ho Chi Minh).

Read more by downloading the full PDF of this article here: http://davidfday.com/pdf/