David Day, an international lawyer in the Indo-Pacific region, spoke as part of the University of Virginia’s Assessment of China’s Belt & Road Initiative project. David, the Chairman of the American Bar Association’s China Belt & Road Taskforce, explained a unique view on the BRI and its implications as a legal practitioner.

An additional presentation by David Day in a national webinar to the private sector members of the National Association of District Export Councils, “China’s BRI Initiative in a Post-Covid World,” which can be viewed here:

Presentation by David Day in a national webinar to the private sector members of the National Association of District Export Councils, “The Digital Silk Road,” which can be viewed here:

The National Association of District Export Councils (NADEC) is pleased to invite you to hear from experts on the China Belt and Road Initiative (BRI), a massive global development strategy involving infrastructure development and investments now in some 152 countries. Participants include international organizations and countries throughout Asia, Europe, Africa, the Middle East, the Pacific islands, and the Americas (Central and South).  In addition to an update on BRI’s progress across the world, the impact of the Coronavirus pandemic on trade and investment will be discussed. This program is the first in a series of 3 presented by the NADEC and is intended to provide the participant with a comprehensive overview of the BRI’s true magnitude and its potential control of global commerce.

Speakers: David Day, our featured speaker, is the NADEC’s Trade Policy Co-Chair and the Chairman of the Belt & Road Task force of the American Bar Association’s International Section.

A partial archive and some of the more interesting programs hosted by Mr. Day can be found below.

Gulf of Tonkin Revisited: Did China Attack the U.S.?

Gulf of Tonkin Incident Chief Seventh Fleet investigator, Admiral “Joe” Lloyd Vasey joins (then) U.S.S. Turner Joy Radarman, Chad James, in a probing conversation with David Day over the 2nd day of the August, 1964 attacks on U.S. Naval vessels in the Tonkin Gulf that ultimately sparked the Vietnam war. In this most unusual discussion, the military experts , including the on-the-scene eyewitness, turn the urban legend/history on its head concluding that (1) the attacks on the Turner Joy did in fact occur; and, (2) air support from the Ticonderoga were not even airborne before the first part of the attack was over and the attacking PT boats sunk. So why the twisted history? The “faked attack” legend?

Using a declassified communication from President Lyndon Johnson to Soviet Premier Nikita Krushchev, eyewitness Chad James explains that this August 4th, 1964 attack came not from North Vietnam, but from a PT boat base on Hainan Island, China, with a Turner Joy eyewitness topside who identified the specific craft as the (then) newest P-6 class of Chinese PT boat of the PLA Navy. It is no wonder that later (then) Vietnamese Minister of Defense, General Vo Min Giap, stated that he never authorized the 2nd attack—because the North Vietnamese did not make it. The Chinese did.

This show is the 2nd in the series and the 1st, “Gulf of Tonkin: The Record Set Straight,” can be found here: https://youtu.be/rYKgqBeLcLs

Israel: The Next Energy Superpower?

A conversation between David Day and Israel/ Middle East scholar and entrepreneur Dr. Rafael Boritzer all about the enormous oil and gas reserves, both onshore and offshore, that have recently been discovered in Israel and the ramifications of that potential energy development upon the geopolitics of Europe and the Middle East.

So what are China’s next strategy moves in the Asia-Pacific Region? What does the PLA really think about the U.S. military and its capabilities? –a bizarre perception that encourages them to push harder now. 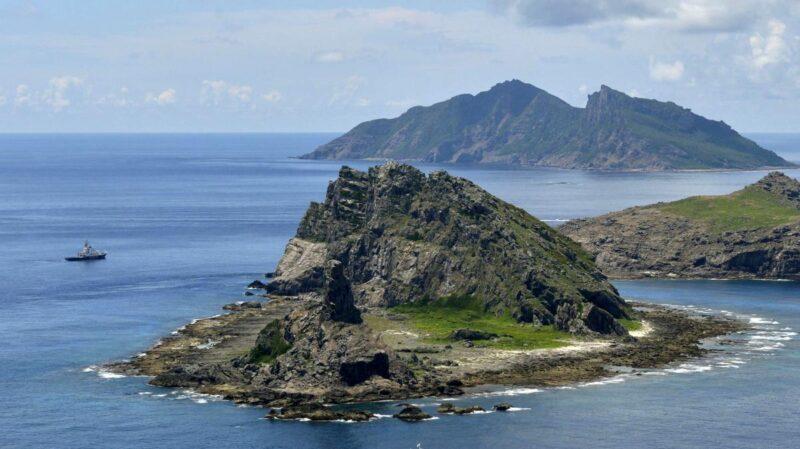 China has now been successful at establishing its Air Defense Identification Zone (ADIZ) in the South China Sea. In the process, we have seen a bizarre, almost schizophrenic, series of contradictory communications on the subject coming out of Washington that have enhanced China’s successful roll-out.

This program is a conversation between David Day and China-Hand Michael Sacharski. Mr. Sacharski has spent some 3+ decades in China, met and worked with various members of its leadership and has fascinating perspectives to share about China’s ADIZ planning & gameplan, its unexpected success in the imposition of its new ADIZ in the East China Sea, and what strategic moves we can now expect China to make in the Asia-Pacific Region in the near term.

This interview focuses on the implications of this news media coverage imbalance and how it plays into the larger “information war” between the US and the PRC that former Secretary of State Clinton alluded to in testimony before Congress.  Ms. Jiang and Mr. Gershaneck address the question of whether this imbalance now gives the PRC a significant advantage in its “Soft Power” and other “influence operations” directed at the U.S. and what the U.S. can begin to do to level the Information playing field with the PRC.

The People’s Republic of China (PRC) has roughly 700 credentialed news media representatives United States. The number of U.S. reporters in China is generally less than 20.  The Chinese reporters are, for the most part, government agents who are allowed free rein in the U.S. to fulfill their mission. Their U.S. counterparts in China work for independent news organizations and are routinely harassed, including having their visas denied or delayed, sources beaten and arrested, travel restricted, and their physical safety threatened.

The Gulf of Tonkin incident in early August of 1964 is a key point in American History. It is the flash of armed conflict that formally brought the United States into the Vietnam War (or, “American War” as the Vietnamese call it) through the passage of the Gulf of Tonkin Resolution. The actual history of this incident got all entangled in the politics of the time and resulted in a conventional wisdom/urban myth which is 180 degrees from the actual facts of what went down.

In this interview, Admiral Lloyd “Joe” Vasey, who investigated the incident contemporaneously, now sets the record straight. Interviewed by David Day, this is the very same Admiral Vasey that served as a junior officer to John McCain, Sr (Senator McCain’s father) during WW II and is the founder of the distinguished foreign policy thinktank in the Asia-Pacific Region, Pacific Forum, CSIS. At the time this program was recorded, Admiral Vasey was 95 years old. Admiral Vasey was Chief of Staff for Commander Seventh Fleet. Subsequently, he commanded a fleet of destroyers, was Secretary to the Joint Chiefs of Staff, and chief strategist for CINCPAC. He served as a submarine officer in the invasion of North Africa and then in the Pacific through World War II.

There were 2 U.S. destroyers involved in the Gulf of Tonkin incident. The first, the USS Maddox was fired upon on August 2, 1964. There was no dispute that the Maddox was engaged on August 2. There was a bullet hole in the ship to prove it. Because the Maddox carried sensitive and classified electronic equipment onboard, the USS Turner Joy was immediately dispatched to defend the Maddox and got between the Maddox and the incoming North Vietnamese patrol craft as its “shield.” It is the August 4 attacks on the Turner Joy that have been disputed by history. Admiral Vasey corrects the twisted history here.

The 2nd Episode which includes mind-numbing eye-witness history about the involvement of China and the PLA Navy in the incident and attack which you have never heard before, can be found here: https://youtu.be/0LJi9dYWgfc